Monty was handed into Birdline due to being a mutilator and an aggressive bird. He was only 1 years old. After visiting an avian vet, they found that Monty had Arthritis in his feet and was ripping his feet to bits because of pain. Monty is now on painkillers for life and often suffers relapses...
£170.00 donated
4 Donors
Donate

This means he must visit a vet and have his medication reviewed and has to go under anaesthetic once a year for a blood test to make sure the medication is not damaging his internal organs.

When he is mutilating, his mum must watch him 24/7 to make sure he doesn’t bleed out. The least we can do to support her is to help with his vet bills. The worry, lack of sleep and sheer anguish at seeing your bird in pain, we can never repay her for.

Monty’s birthday is 02/07/2016 if you would like to send him a gift via head office. He particularly likes chewing things and likes to be distracted from his pain.

In 2019 Monty’s arthritis caused his back toe to dislocate which resulted in his toe facing to the front rather than the back. The pain caused him to mutilate so the toe has been removed. Monty is much happier and has not touched his toes since. Fingers crossed for this boy.

Warning: The images below are somewhat distressing but part of life for Monty. The first photo shows his feet in bandages and the second without… 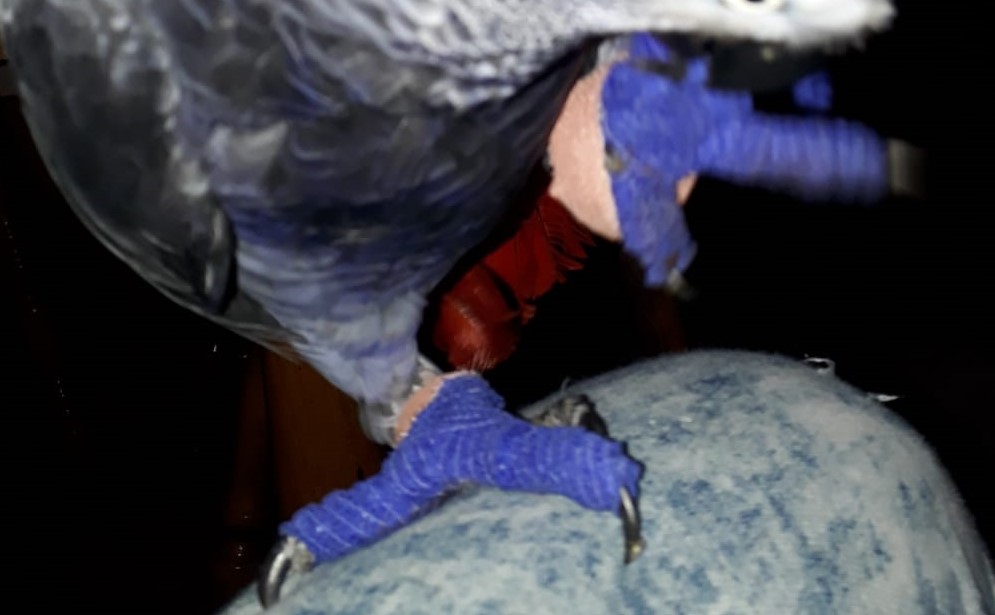 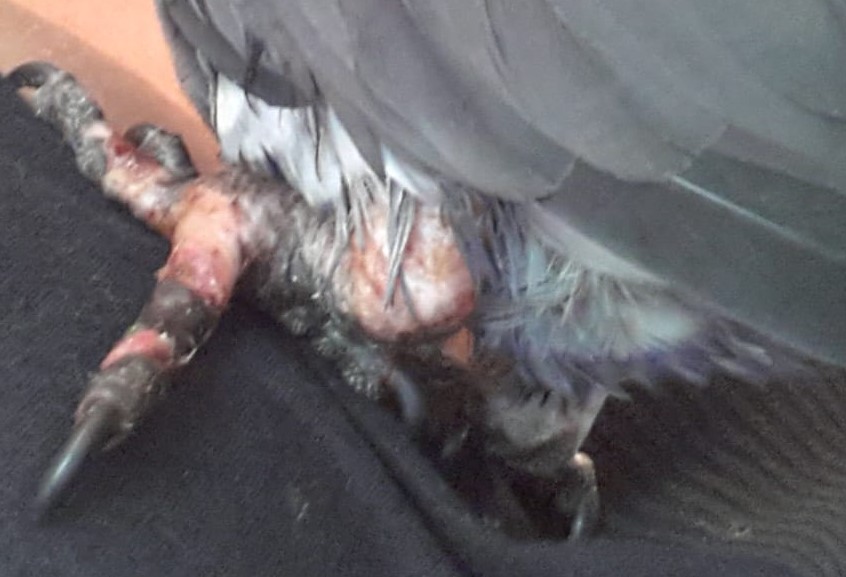 View all posts by Claire Longworth